The History of the Hauser Bros. 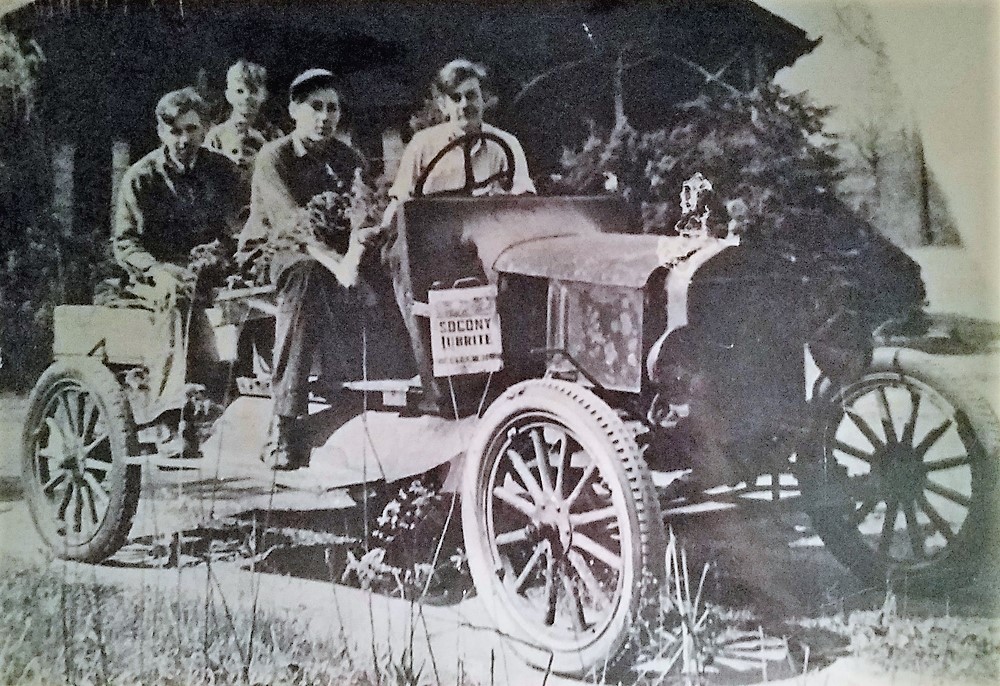 From its founding in 1953, Hauser Bros., Inc. has been located in Rockland County, New York hamlets of Orangetown. Hauser Bros. provides the finest quality workmanship in:

Hauser Bros. provides these services to the large tri-state area. We have a solid commitment to you and our country that stands as solid today as it did over six decades ago. 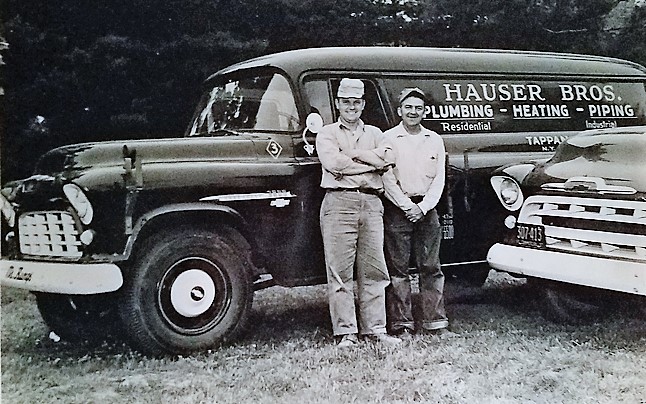 The Founding Hauser Brothers learned their trade from their Father, Edward C. Hauser, Sr. (the Grandfather of our current 3rd generation owners), who started his plumbing career working as a Plumber in an old silk mill. In 1915, Edward opened his own Plumbing business, located in Tappan, NY. In 1928, he then became a member of the Hackensack’s Local Plumbers Union, and was also the Fire Chief of the Tappan Fire Department from 1928 to 1931. During the Great Depression, he travelled with his plumbing and pipefitting trade and worked on the Atomic Energy Plant in Tacoma Washington. Locally, Edward Sr. was a Plumbing General Foreman/Supervisor for Mo Schwartz at the historic Camp Shanks Military Base during World War II., Edward Sr.’s reputation flourished. As such a distinguished plumbing foreman, he even had his own chauffeur to drive him to all the job sites. It was Edward C. Hauser Sr. who began the tradition of knowledge and expertise in the plumbing and pipefitting industry, and is engrained in our company's rich history.

In his later years, Edward Sr.'s vision for providing services in the trades of plumbing, heating and piping fully came to fruition with the help of his sons, culminating in the formation of Hauser Bros, Inc.

(Camp Shanks was a United States Army installation in the Orangetown, New York. Named after Major General David Carey Shanks, it was situated near the juncture of the Erie Railroad and the Hudson River.)

Service in the U.S. Armed Forces

The Founding Hauser Brothers were all veterans of the U.S. Armed Forces—one brother served directly in World War II, and another one served in the Korean War. Our founding President, Charles E. Hauser (Chick) was a disabled veteran who suffered leg wounds by shrapnel in the Army during World War II’s Battle of the Bulge. Eddie Jr. (a/k/a Bad Ed / Edzer) was a Navy veteran who spent two tours in the Navy during the Korean War, and who was a turbine/engine operator on the USS Bataan CVL-29. Jimmy joined the Army and was assigned to the White Sands Missile Range in New Mexico to work on the MIM-23 Hawk Surface-to-Air Missile. All three brothers were members of the Spring Valley Plumbers’ Union Local 373. 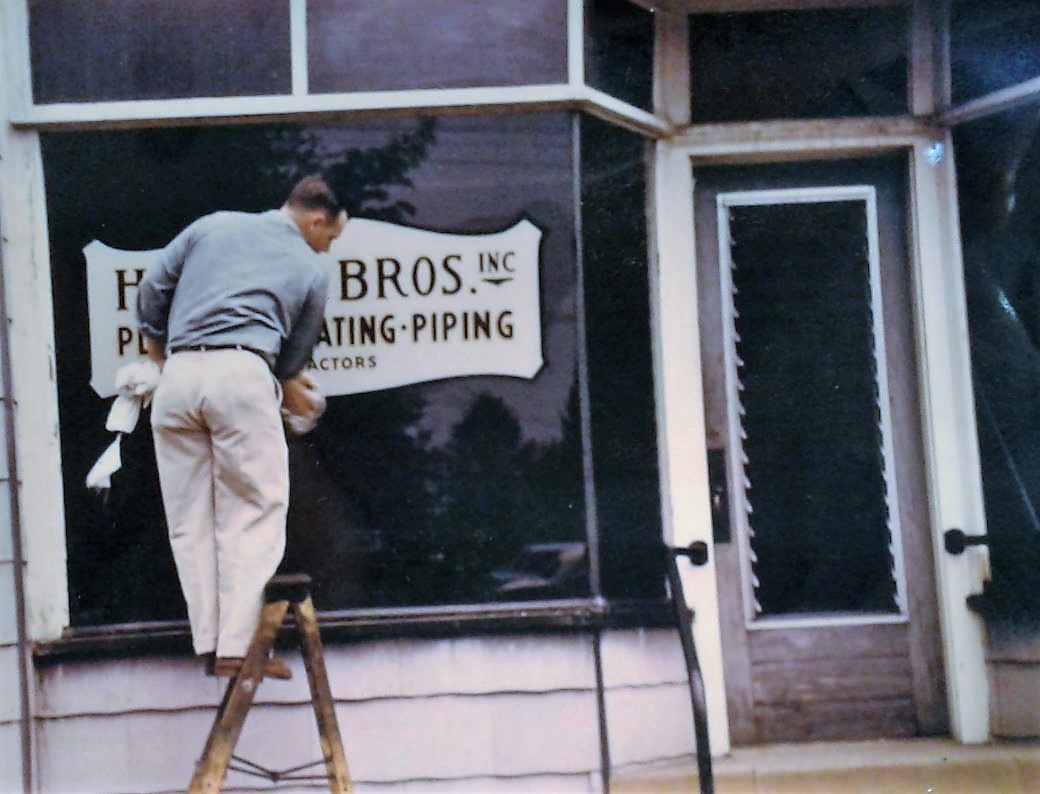 As a result of the skills passed on from Edward Sr., Hauser Bros. Inc. was founded by the three brothers in 1953, and incorporated in the State of New York in 1957. The brothers first operated on the front porch of Uncle Chick’s house. All equipment and trucks that the Hauser brothers maintained were stored in Uncle Chick’s backyard. The primary location,  – 51 Andre Ave., Tappan, was  - on the New York side of the border, and the garage was in Northvale, on the New Jersey side of the border. The brothers maintained a first-name basis with all their customers. The business provided plumbing, heating, and piping services for many schools and hospitals in the area.

As the business grew, Eddie Jr. recruited Mr. Donald Hall as a partner. Hall had originally worked for W.A. Kay’s Supply House in Englewood, New Jersey. He also assumed responsibility for estimating and general office work, and operated a Hauser Bros. facility in Ho-Ho-Kus, N.J. Unfortunately, Donald passed away within a few short years of commencing work for the company. After that time, Jimmy Sr. ("Bumpsy”) assumed Donald’s role as Office Manager and Estimator, and the company continued its expansion.

Throughout the 1960s, the Hauser Bros. enjoyed continued growth. The company moved operations from Uncle Chick’s house in Tappan, and rented a nearby storefront office and an old horse barn from John Sturke. The barn was converted into a workshop. That location is now part of the present-day Tappan Library. Additionally, the Hauser Bros. close proximity to Bergen County allowed them to provide exceptional service to many companies in both New York and New Jersey. As the business expanded, the brothers began performing larger projects in Rockland, Orange, Bergen, Sullivan, and Dutchess Counties. 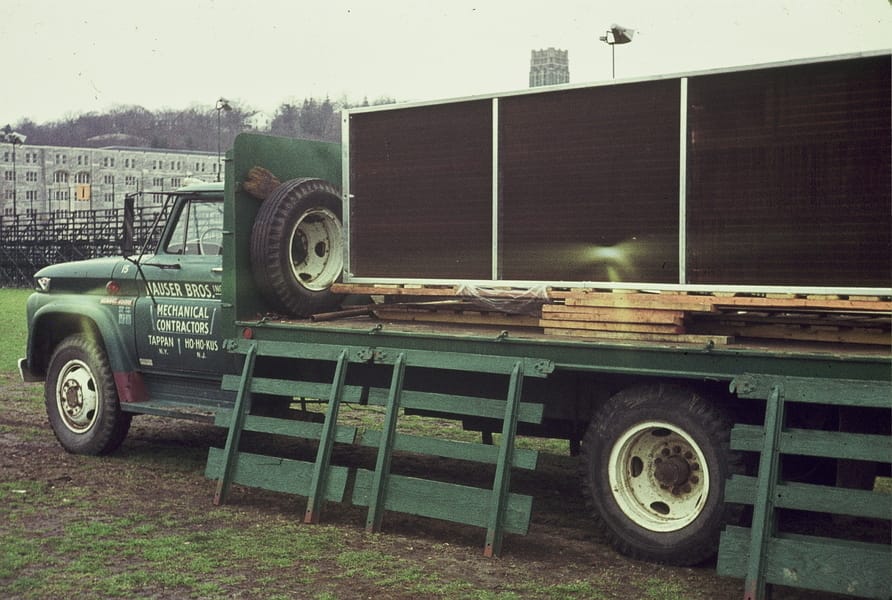 In the 1970s, the Hauser Bros. successfully purchased part of the historic Orangeburg Pipe Factory at 11 Highview Ave. which soon became the first shop, office, and warehouse location in Orangeburg. From this acquisition, the brothers were now able to expand the company. Hauser Bros. conducted a large project for the Bechtel Company, to perform plumbing services for the Bowline Power Plant in Haverstraw. Hauser Bros. also contracted and performed plumbing, heating and piping services for facilities at the Pascack Valley Regional High School, and the Hackensack Water Company. Hauser Bros. also was contracted for the Lamont Doherty Earth Observatory—owned by Columbia University. Hauser Bros. was part of the construction team that built the Oceanography and Chemistry Buildings at the Lamont Doherty campus.

Jimmy and wife Eileen (Hollmann) Hauser, branched out and purchased a separate water heater and oil burner service company from Orange and Rockland Utilities. They named the business Hot Water Specialists. During the same interval, Hauser Bros. purchased the Greenbush Lumber Facility, located on Old Schoolhouse Lane, from Chet Lubeck. That facility was the first location for Hot Water Specialists. After building it into a successful company that served countless residential customers, the Hot Water Specialists business was later sold to other interests located in Westchester County. The Old Schoolhouse Lane location eventually became the present-day Hauser Bros. Inc. facility. 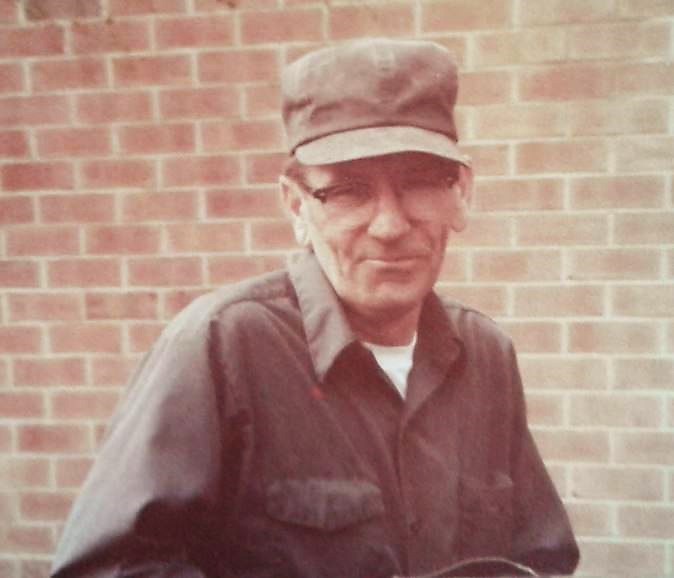 The company suffered a great loss on October 5, 1980 when Uncle Chick—the founding elder brother of the company—passed away. Within several years of this tragedy, Eddie Jr., also a founding brother of the company, suffered health problems and had to retire. Jimmy—the baby brother—subsequently needed to take ownership of the Hauser Bros. Inc. and separately the Old Schoolhouse property. During that time, Hauser Bros. moved to its current location.

Jimmy Hauser Sr. continued to build and evolve Hauser Bros. Inc. into the company it is today. He had the full support from his sons—Jimmy Jr. and Timothy. The brothers practically lived at the shop. They sharpened and excelled at the skills of the trade. Both brothers apprenticed at Local Union 373 in Suffern. Jimmy Jr. and Timothy eventually hired Tim Donovan in 1997 and Bonnie D’Amato (with over 30 years’ experience), and Michael Lehman. All our Hauser Bros. team brings the fine expertise of years of experience in business operations.

The third generation of Hauser Bros. built upon the company’s foundation of plumbing, heating and piping contracting, and created new dimensions of specialized services within the trade—which include power piping and hot welds, pharmaceutical plants, sewage treatment plants, and pump stations. They earned their internationally accredited R and PP stamps. The success of the new generation of Hauser Bros. still stands today.

The Future of Hauser Bros.

The future of Hauser Bros., Inc., envisioned by the team, includes a continuing commitment to its clients in: 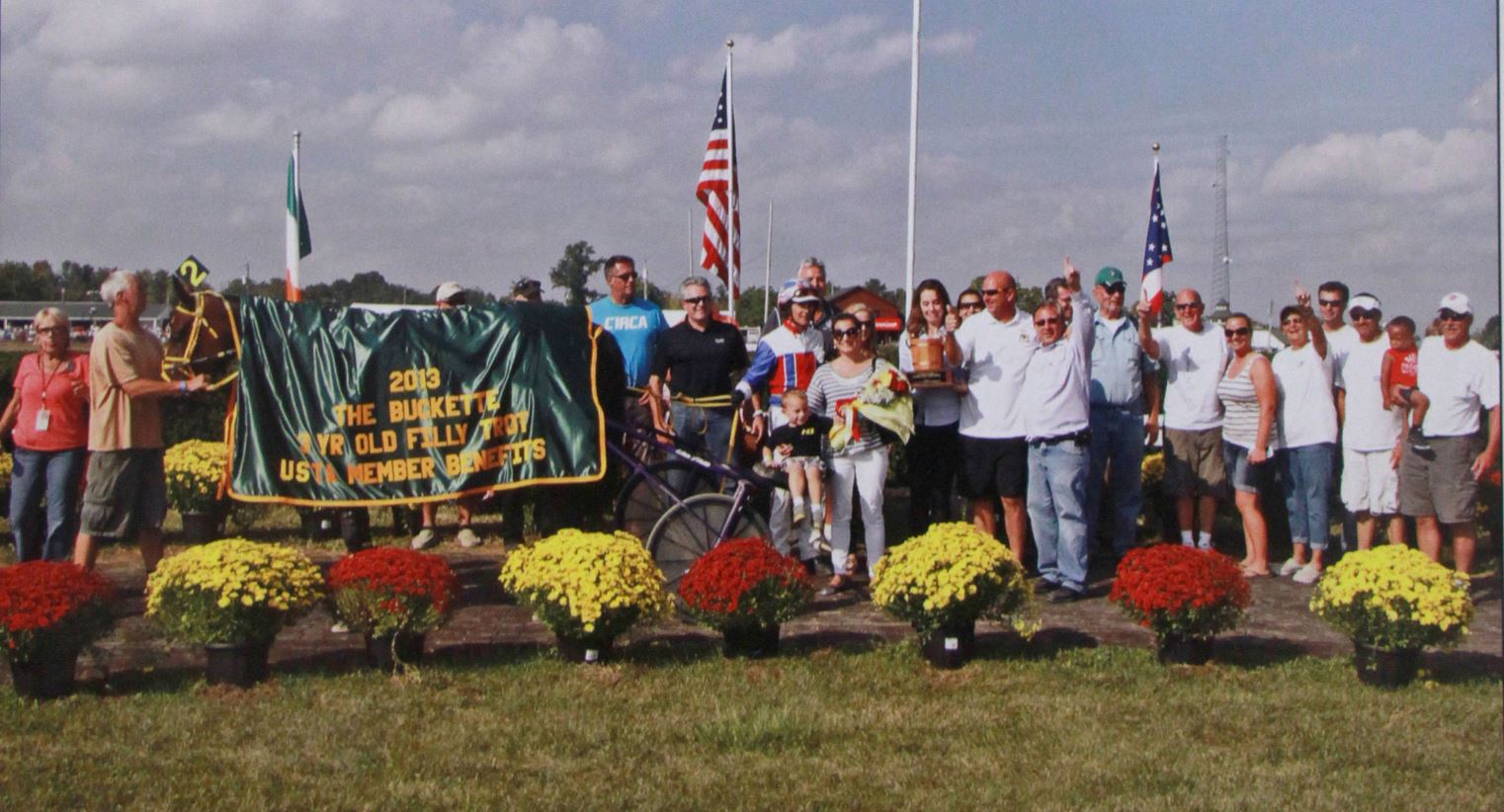 Hauser Bros. continues to maintain its reputation of service, commitment to its customers, and excellence in the trades it provides. This commitment is confirmed by our considerable repeat business from satisfied plant engineers, architects, general contractors, and corporate clients. As we expand our business into the twenty-first century, Hauser Bros. promises to maintain customer satisfaction as our primary product.

We wish to thank:

We thank you for reading this history of the Hauser Bros. We would like to close with this: "Every house is built by some man, but He who builds all things is God.” 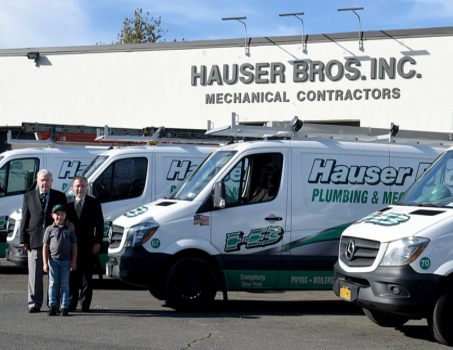